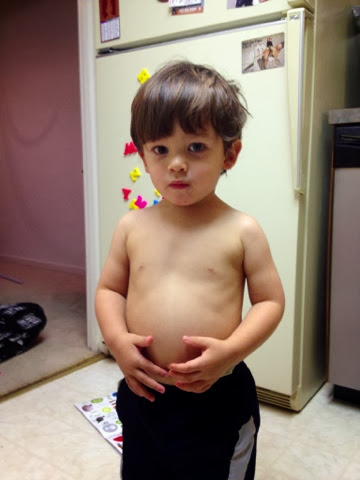 we ran into marshalls on sunday morning with the hope of finding some new sneakers for atticus. upon walking in the door, atticus unzipped his coat, threw it on the floor, untied his scarf and dropped it before tottling off with me in his wake to retrieve said items. oh and he managed to get giggles, smiles and isn't-he-just-darling? sighs from three women during this unveiling. about a minute later i found grey-green converse high tops in size 7 for the magic price of $19.99. sold, let's go pay! as atty likes to scream as we enter any store. i swear everyone thinks i'm a clepto as he screams PAY when we enter any store. so now we're in line. i'm desperately trying to fish out my credit card but not show it to atticus, hold his coat, his scarf, his new shoes, my gd coffee and his hand as he wiggles free and races through tiny spaces that i never would have thought he nor i could fit as people watch and smile like they've seen god. then we get back in line. sigh. at this point i just scoop him up, somehow balancing all 29 lbs of him and his gaggle of accessories when the woman in front of him hands him two of her credit cards. she then tells him how hard it is to wait in stores. he delightfully bellows, "credit cards!" and she beams. so much for teaching patience. then she insists that we come up with her to the register so that atticus can hand her credit cards to the cashier, or better yet swipe them in the machine. sure lady, let's try that. somehow he miraculously hands over the credit card to the cashier. of course, not before she tells him how cute and smart he is for everyone to hear. so we're now up to five women praising this kid in less then five minutes. five complete strangers. somehow my head doesn't explode, we pay for the gd sneakers and leave the store without another person praising my child. an hour later, atticus threw the largest fit known to man when i tried to wrestle his feet into those high top sneakers. men. i'm thinking it might be just a wee bit of women's fault that men end up like they do. 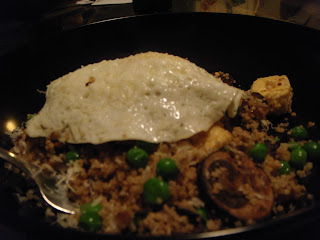